The Rossi Sud complex is a former industrial area in Latina, Italy that is undergoing upgrades, such as a new mixed-use fairground building. Inspired by the intricacies of shells, the structure features a smooth, continuous exterior surface with a complex network of chambers inside which are hidden under the facade. The large fairground building will host a number of cultural activities and harness the power of Earth through geothermal energy. The building enjoys rooftop gardens and solar energy to contribute in reducing its energy use and providing efficient cooling.

One of the key aspects of the building design is to minimize energy usage for heating and cooling. Relying on the earth’s semi-constant temperature and an underground aquifer we make use of geothermal heat pumps. Low-enthalpy geothermal energy is used to produce thermal energy for air conditioning during summer and for heating in winter. Additionally, a heat exchanger and several air pipes are used for a system of natural passive cooling tank to a ventilation tower which expel heat out of the roof. Solar photovoltaics on the roof generate electricity for the facility and rooftop gardens contribute to insulation and collect rainwater.

Areas are carved out of the interior to provide space for performance activities, shows, conventions, museums, sports, theatre and gaming zones. Surrounding the building there is a network of paths, green areas, an outdoor auditorium, playgrounds for children and an arena for outdoor events. 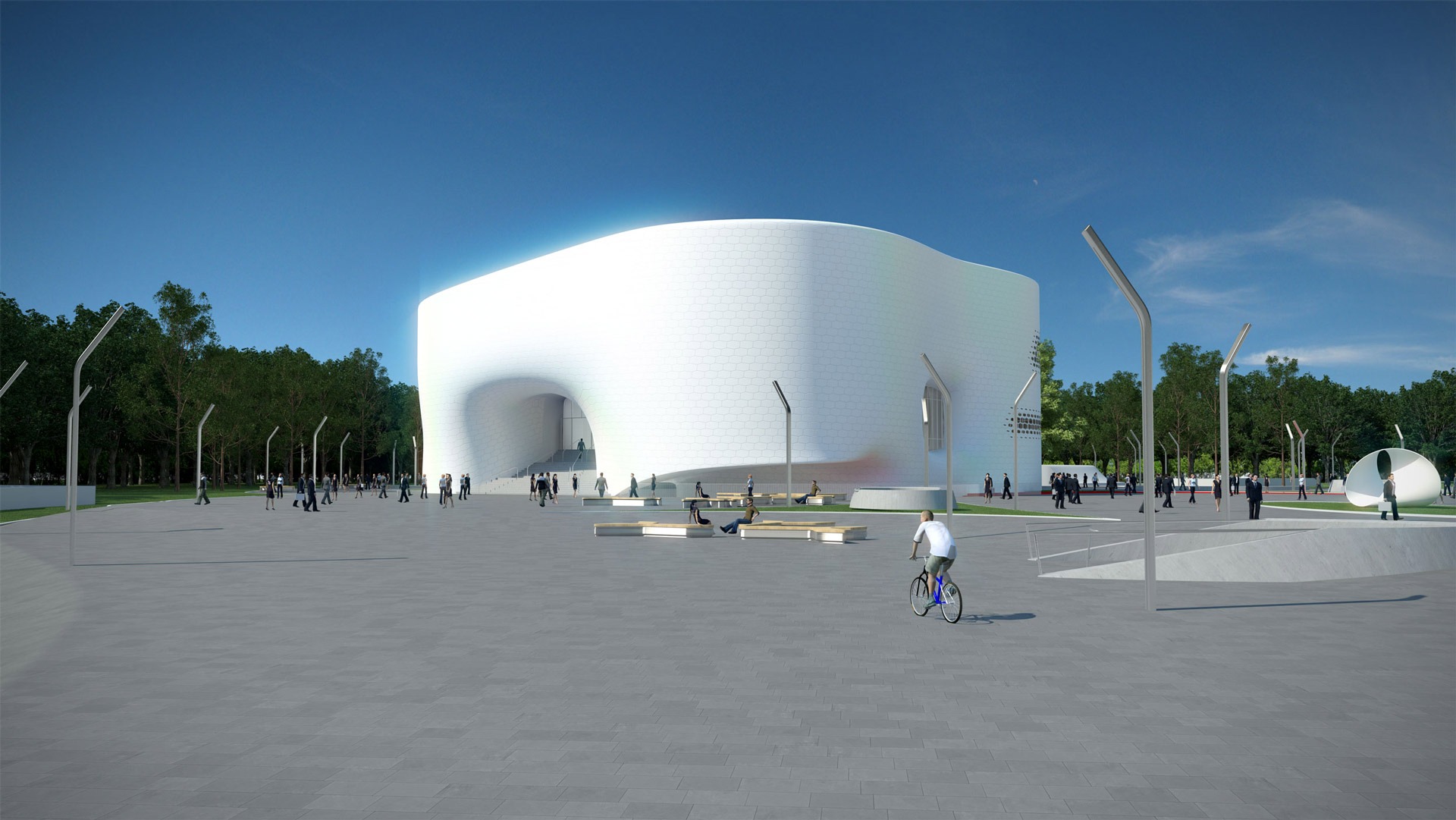 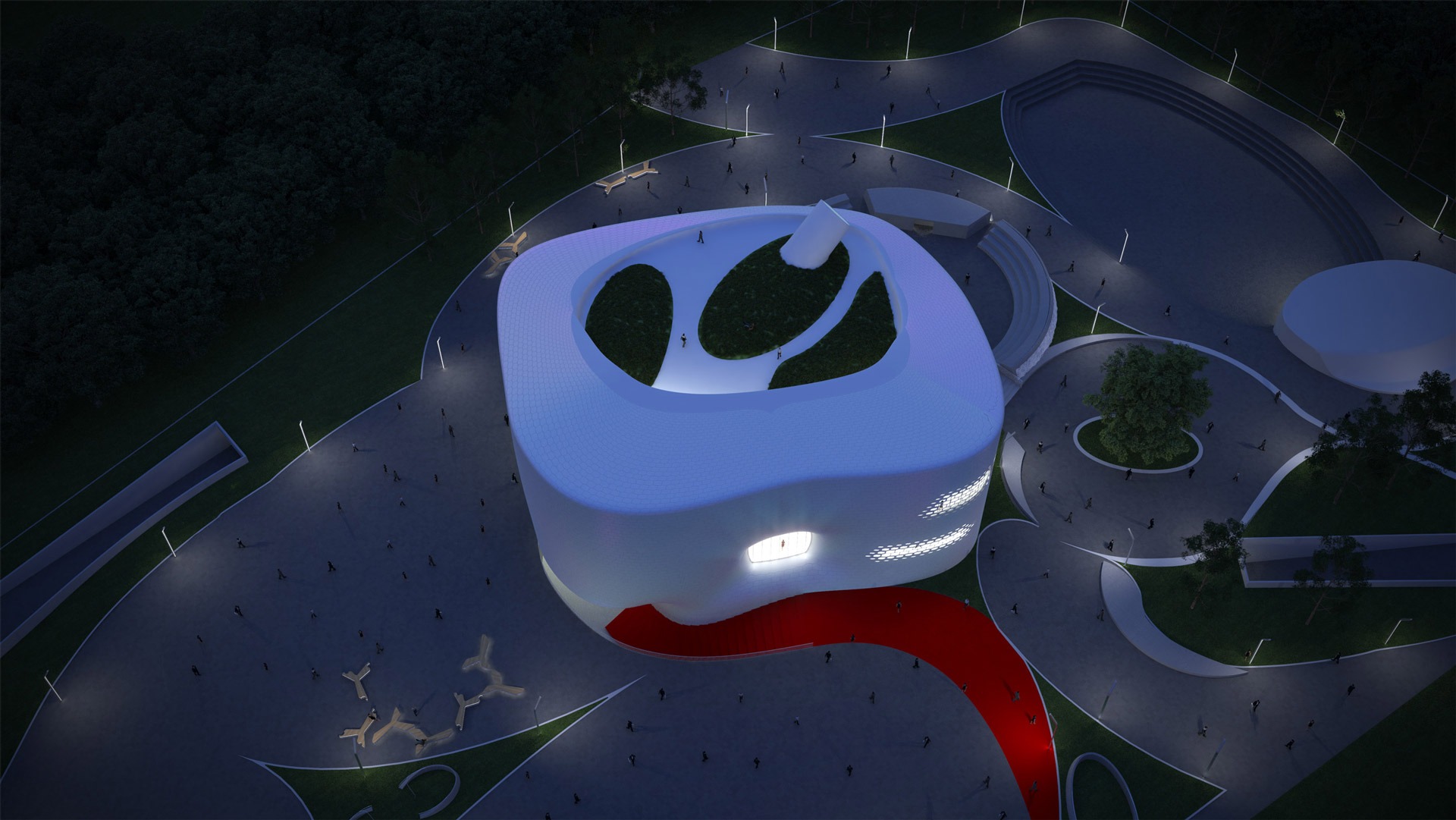 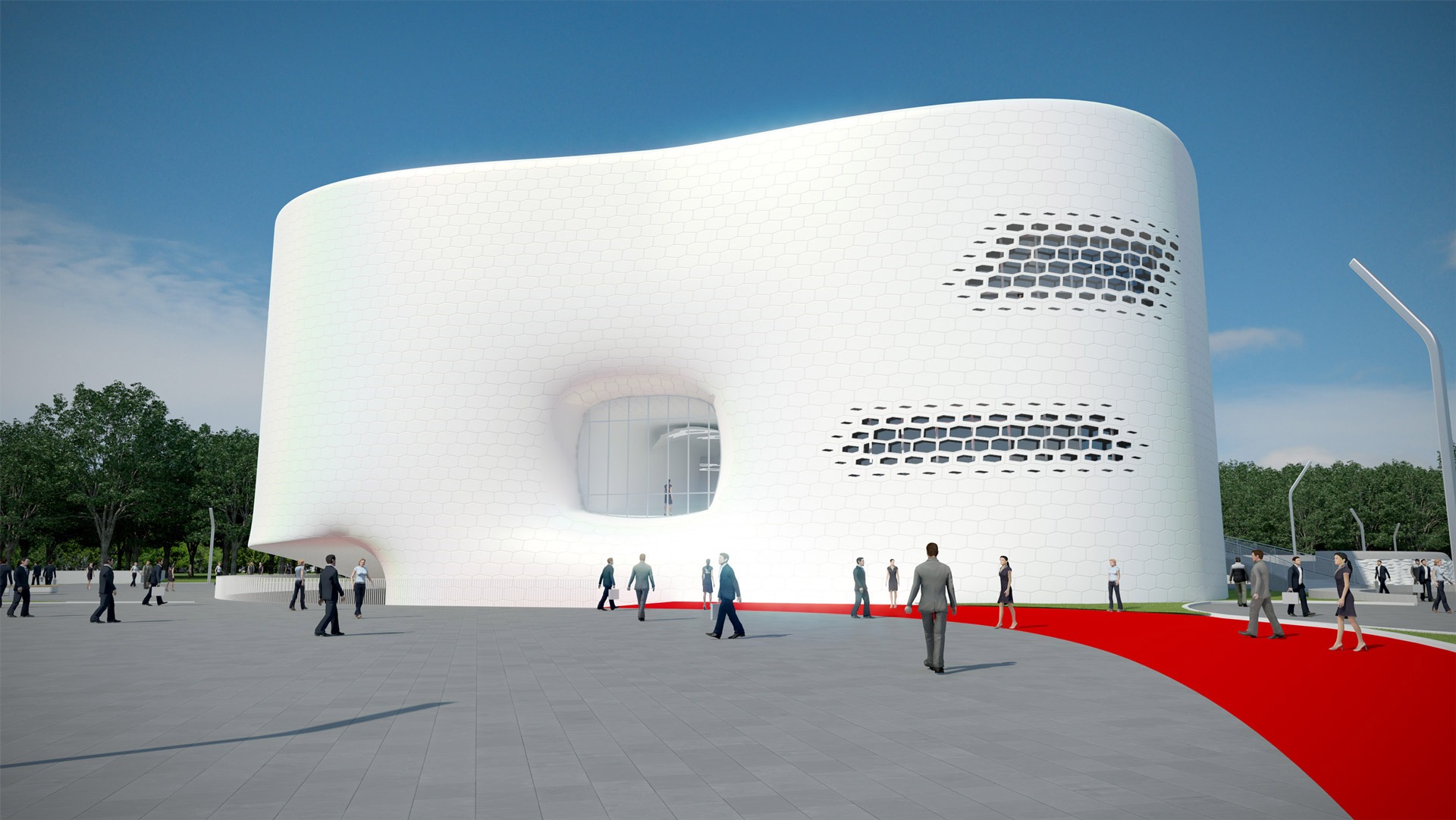 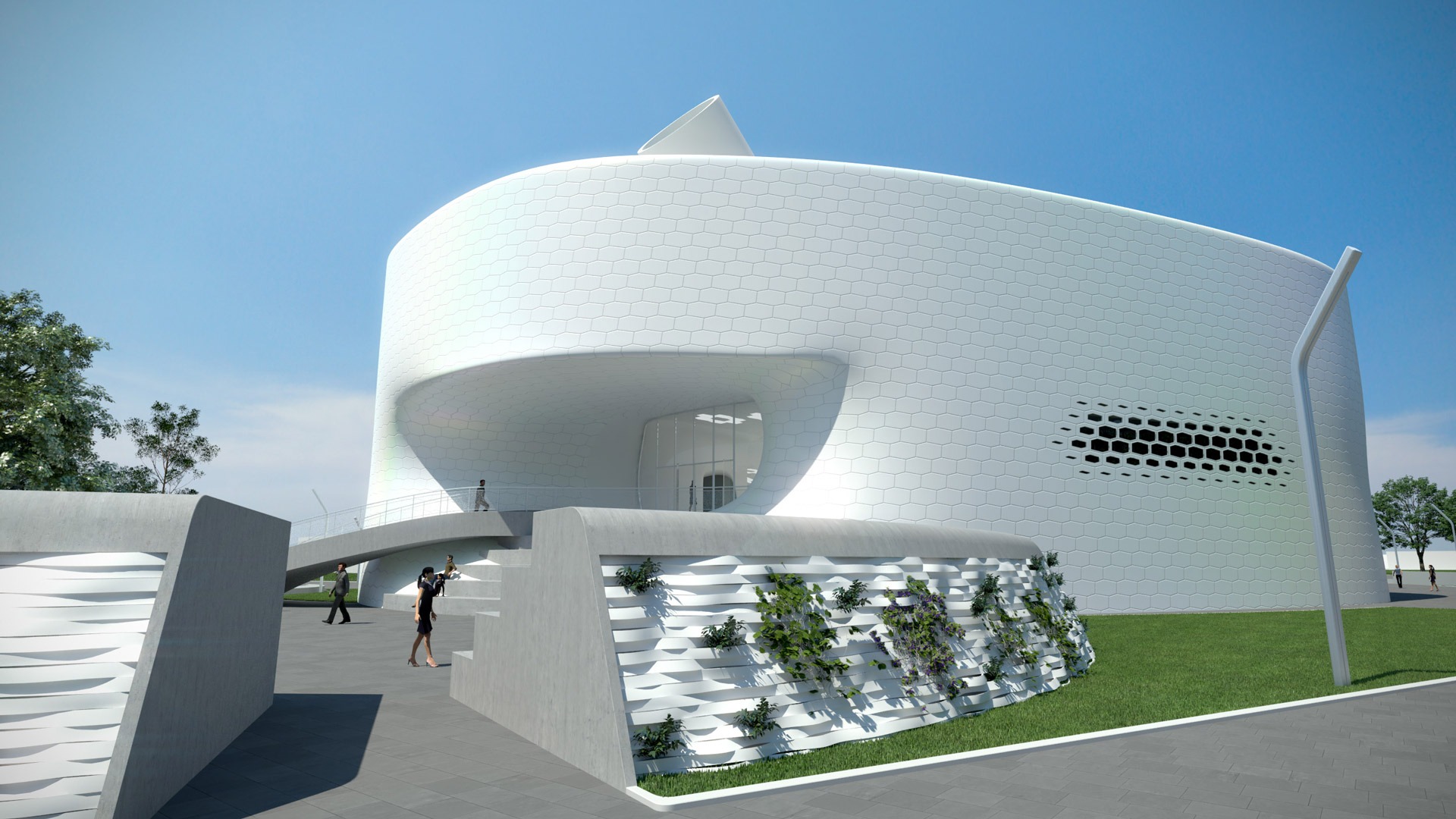 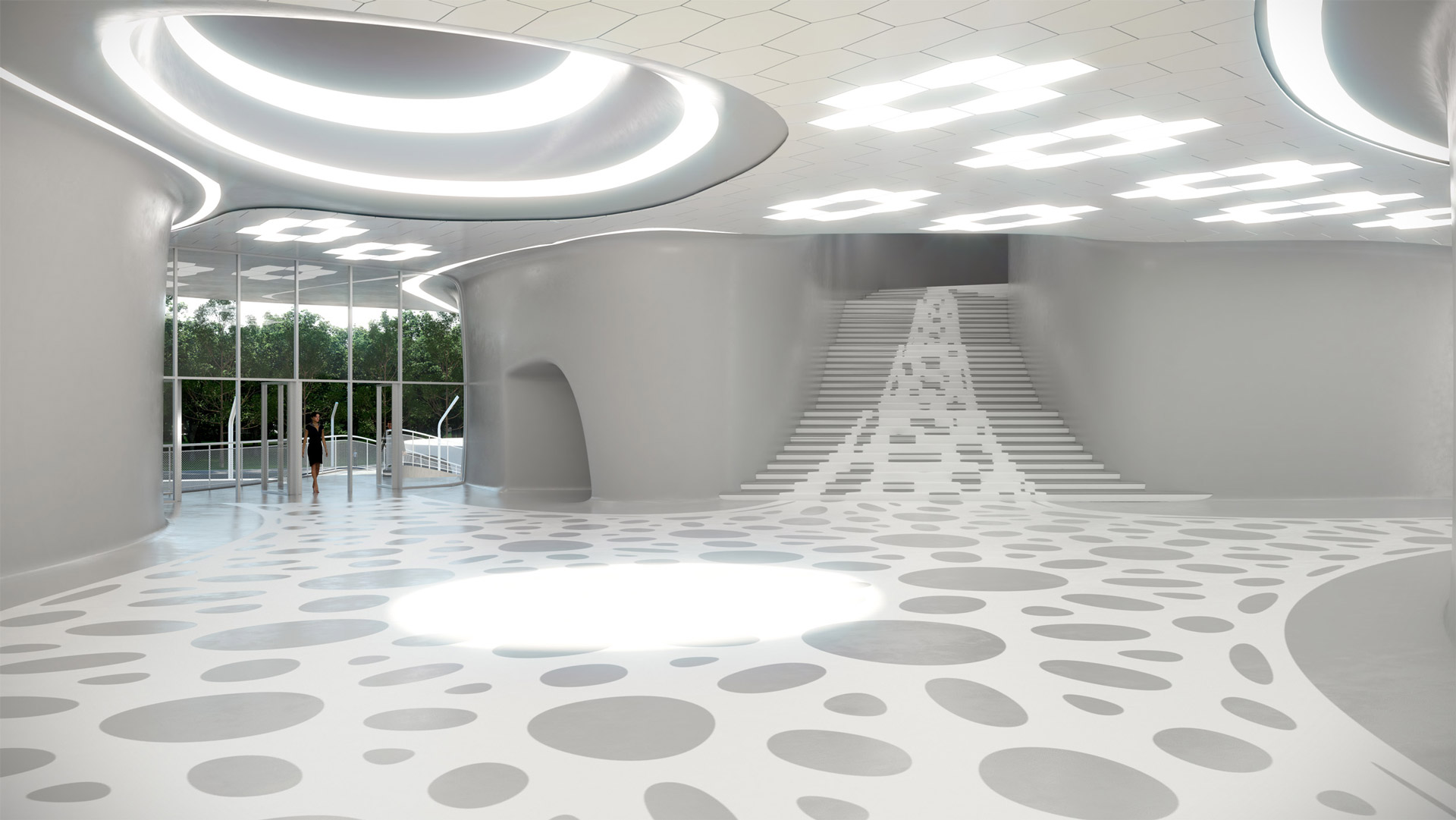 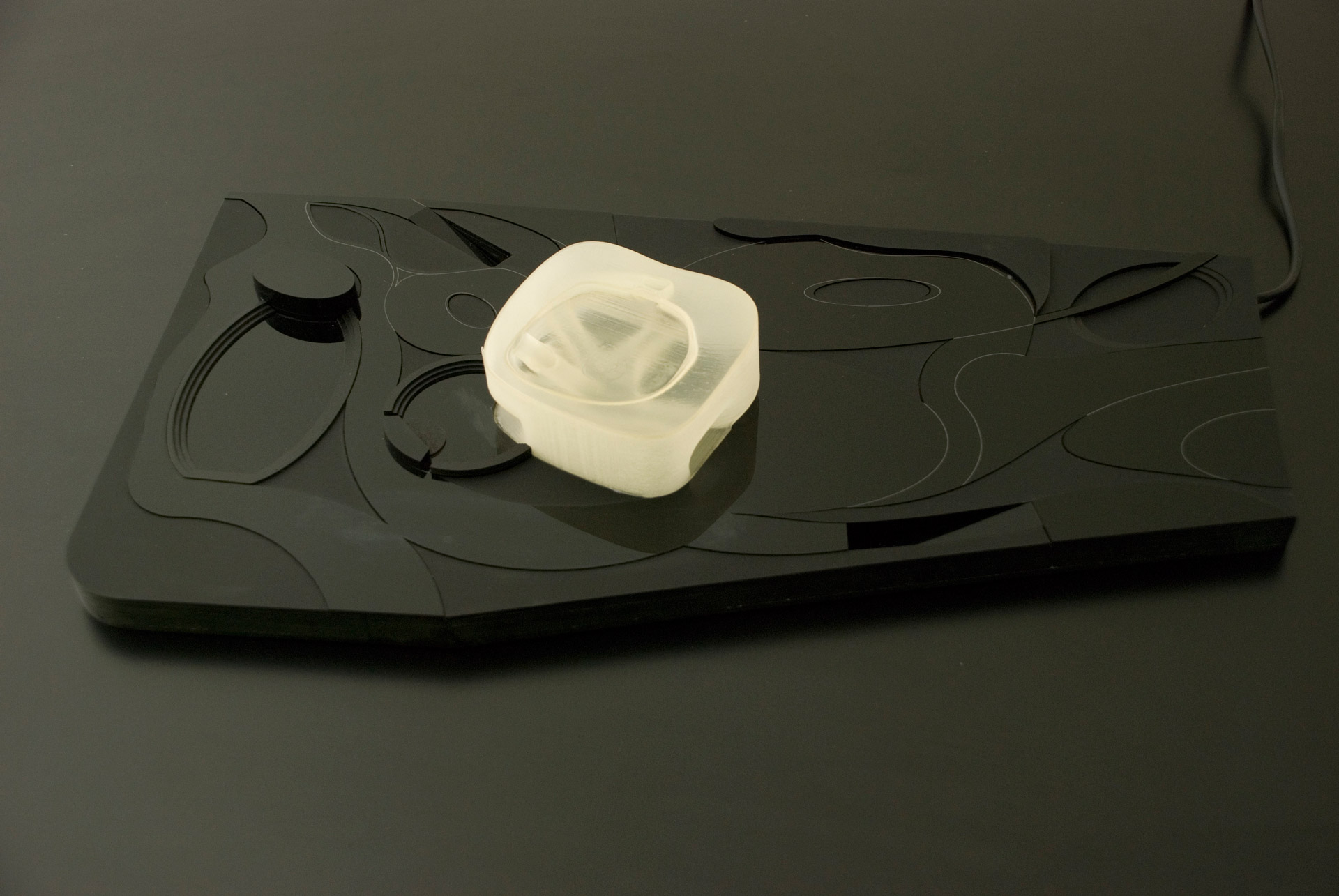 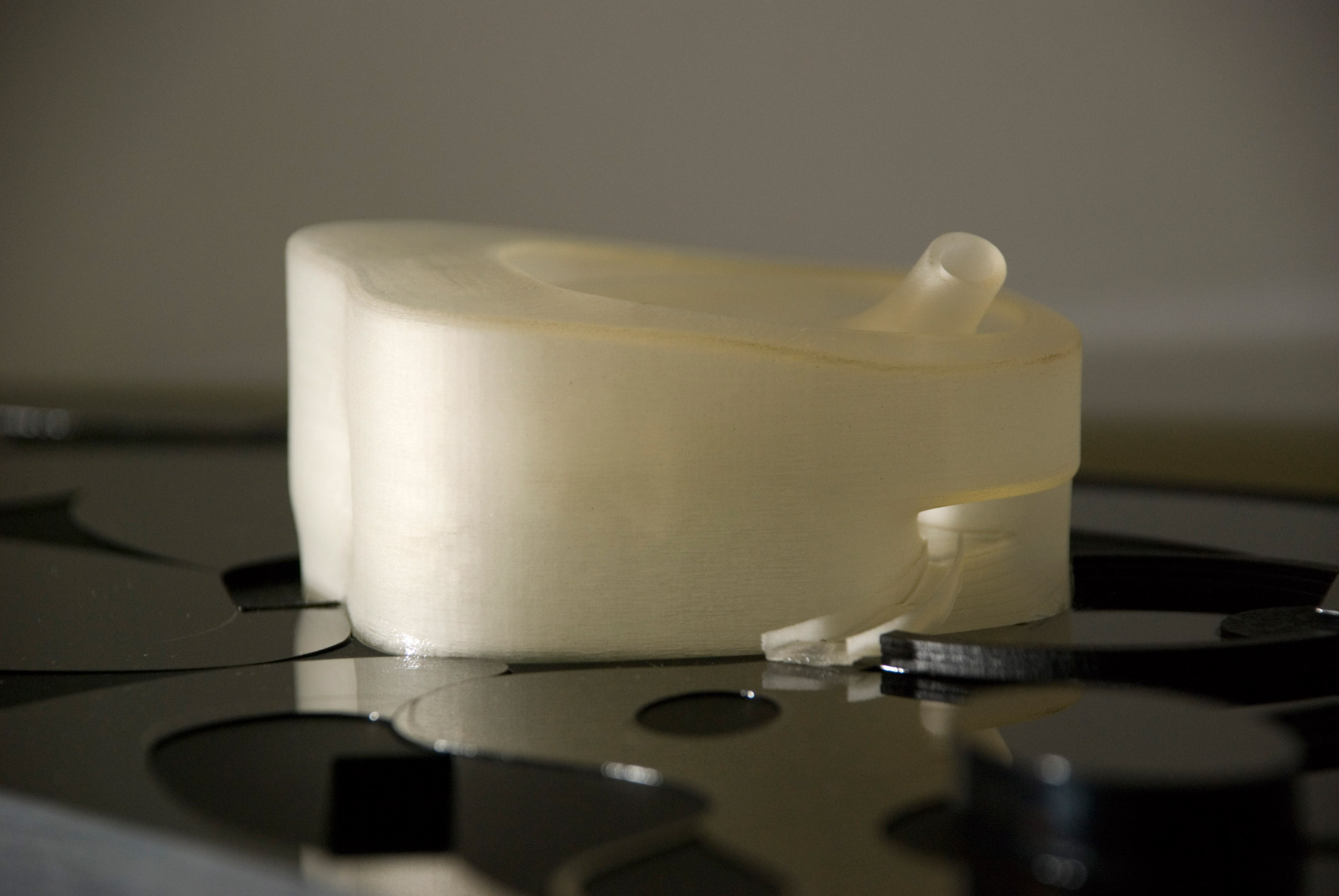 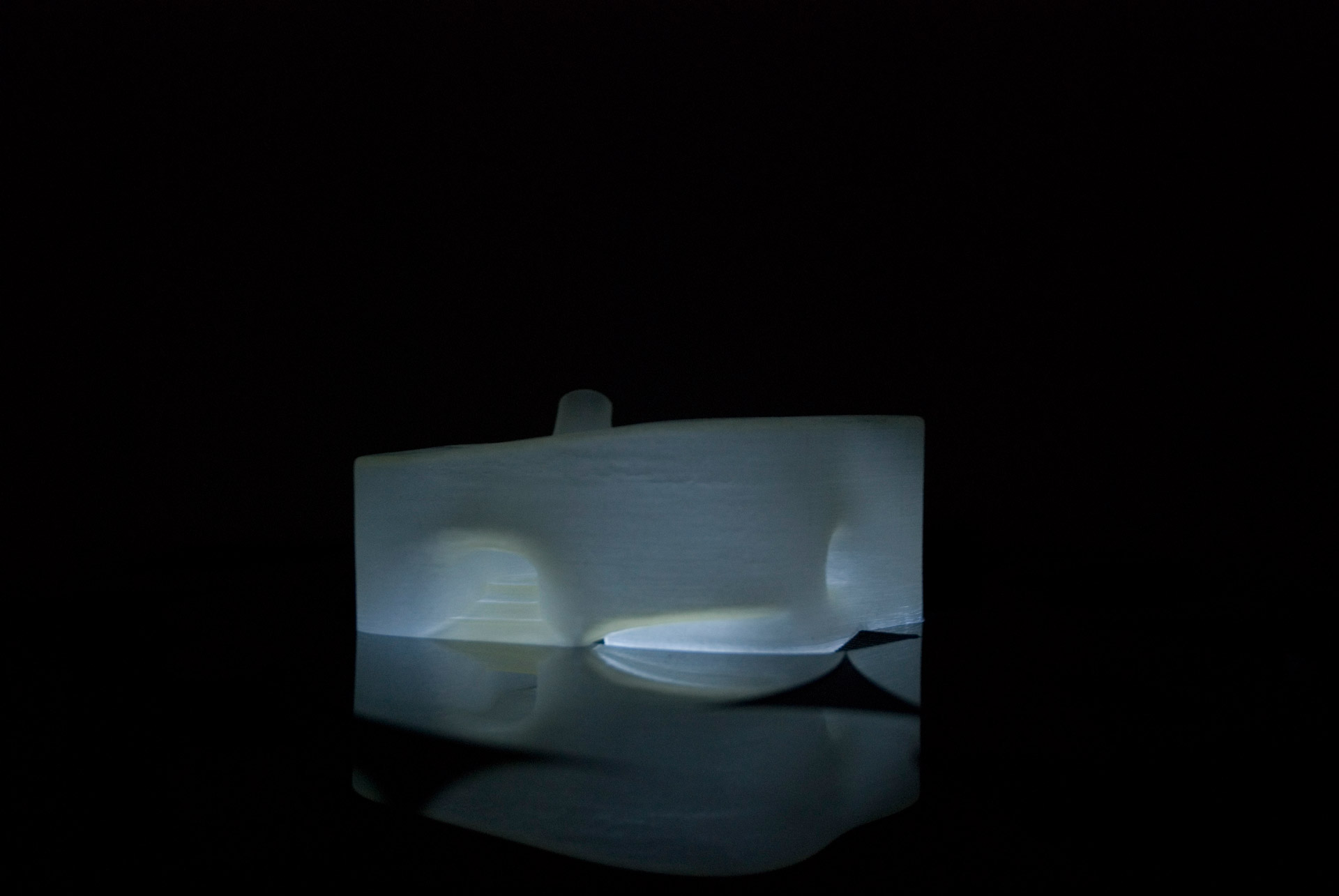