This project focuses on the realisation of a visually striking building representing a challenge to both traditional architecture and engineering. Given the primarily didactic nature of the new Centre, it was our belief that the main focus of the building should be to involve visitors. Our proposal focuses on the creation of an educational loop that develops in two directions simultaneously. The building thus becomes a total experience for its visitors: circulation takes place inside a series of continuous flows linked with a succession of spaces used for exhibitions and simulations situated along a series of ramps connecting the different levels of the building.

A careful study of lighting, in particular from natural sources, is a very important part of the project; natural light filters into the various interior spaces according to necessity, modulated by the brise soleil, wrapping the circulation paths resembling the gills of a fish.

The surface of the building is raised up, allowing an appropriate quantity of natural light to get inside. An analogous system is also used in other areas of the building. The exterior landscape has been designed to separate the parking area from the pedestrian entrance, allowing a greter flow of visitors arriving in private vehicles or using public transport. 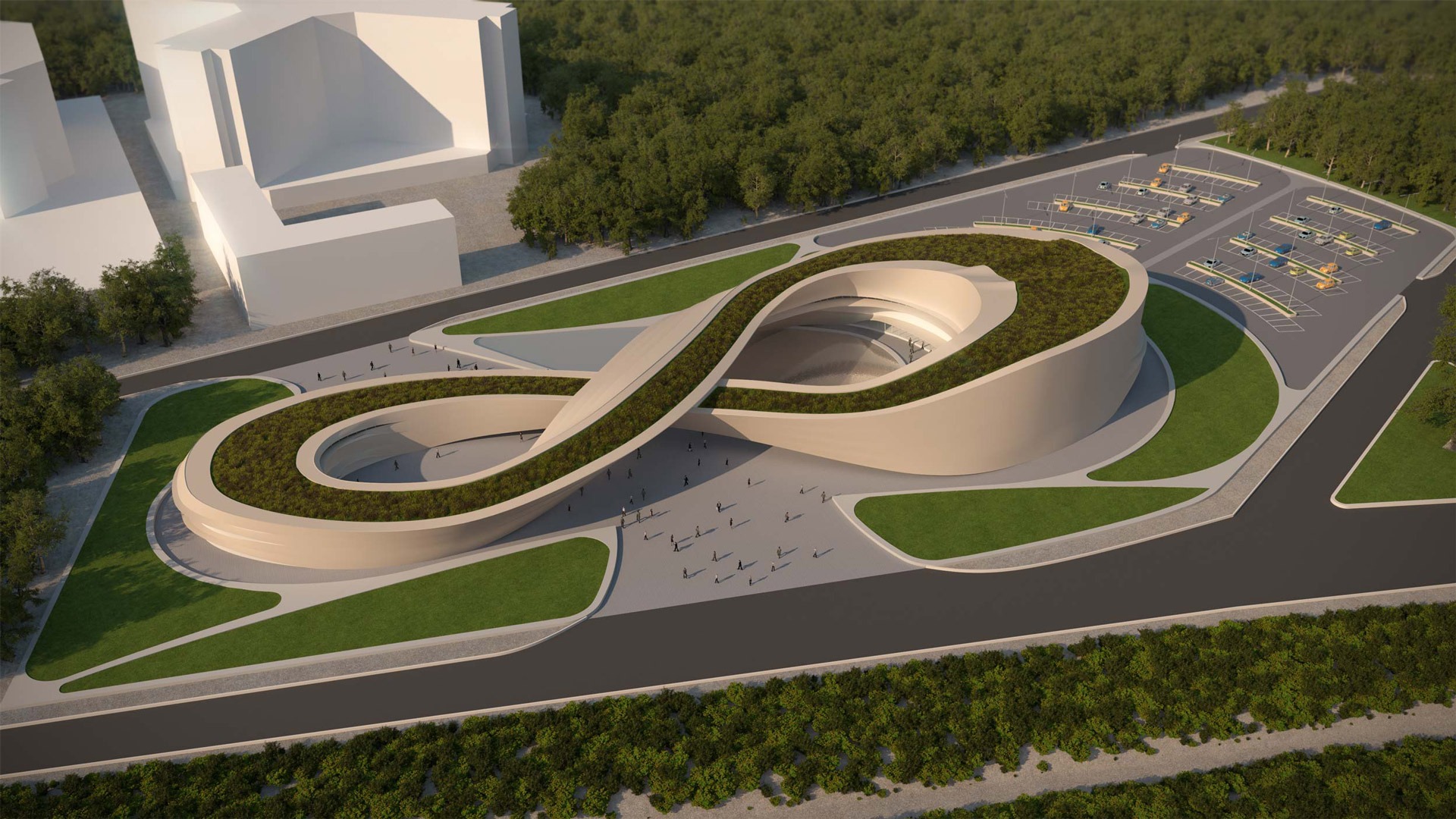 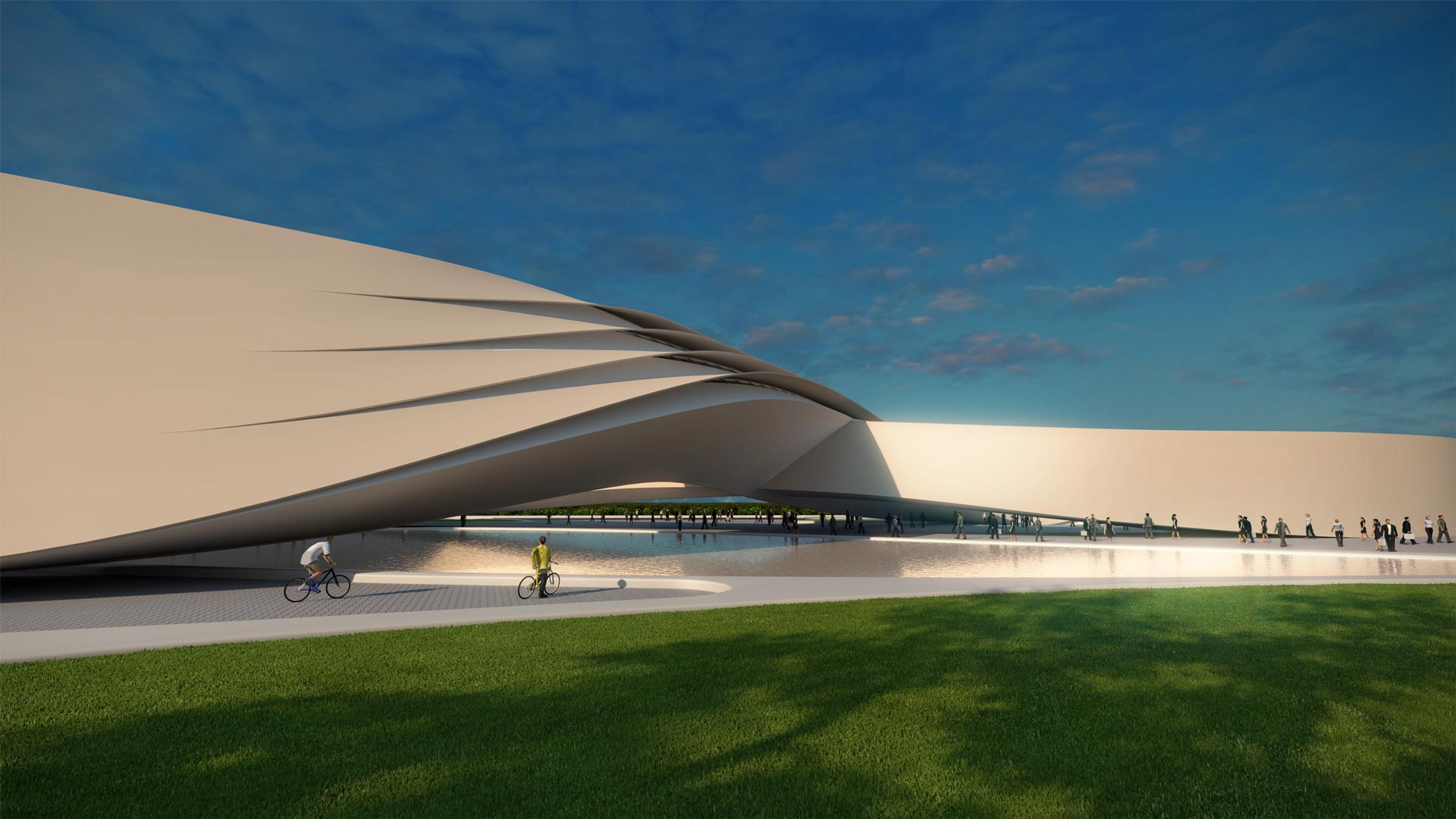 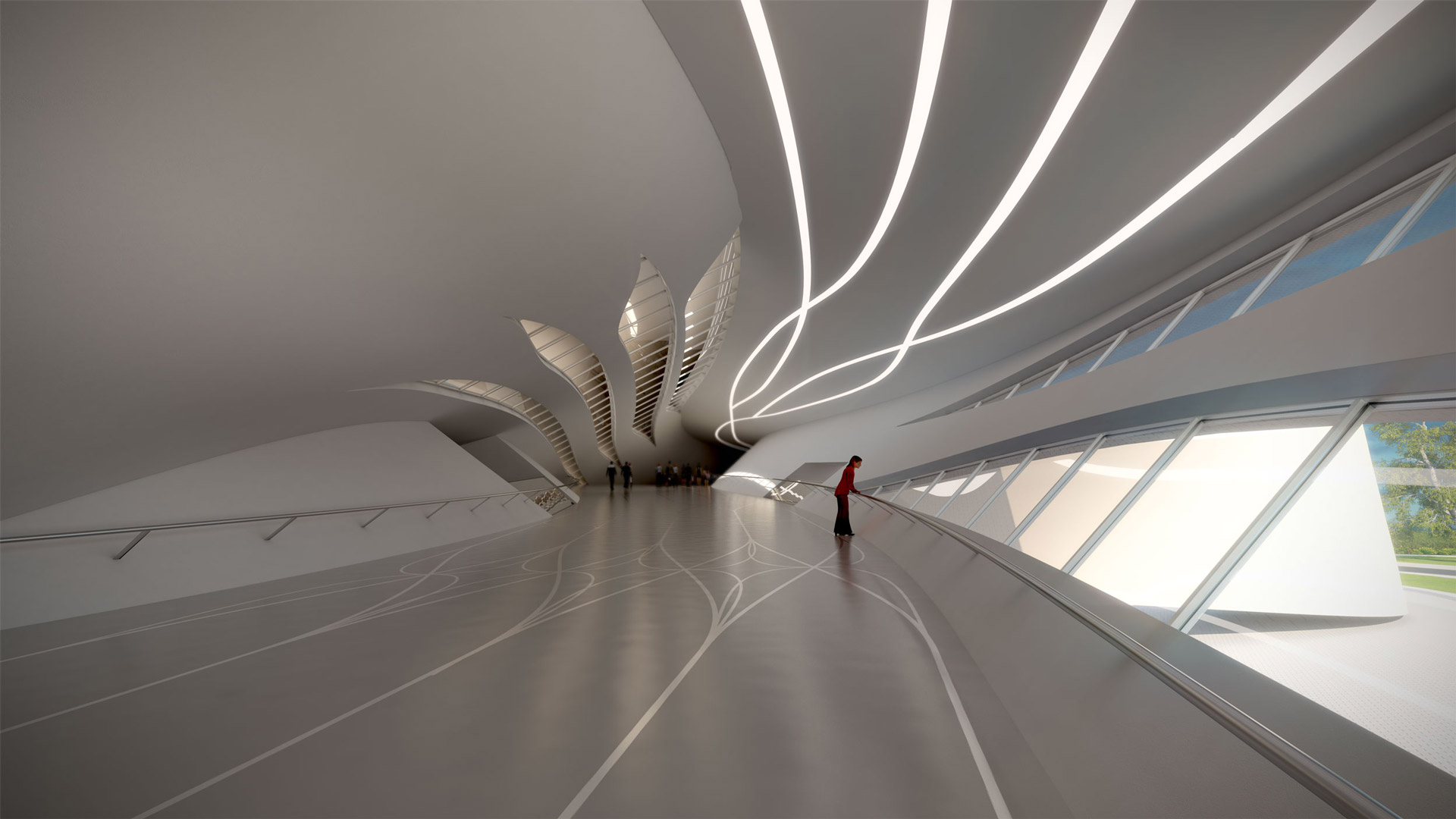