The project represents a unitary body with a strong architectural impact but synthetic in its image.

The building is composed of four underground floors and eleven floors above ground having as a hub the central body with all the necessary services (technical, sanitary and vertical connections) around which the offices are developed to be naturally ventilated and illuminated.
The rational image of the project is characterized by the great transparency of the windows, which are highlighted even more by the use of two specific architectural vectors: the flaring of the jambs and the choice of black for the frames. While the first solution gives the building a plastic value characterized even more by the contrast between full and empty spaces, the choice of the black frame has the task of giving a specific weight to the architectural transparency and thus the sublimation of projecting the road onto the office.

Another objective of the project was to create a sustainable building according to the principles established by the CasaClima protocol. On the south facade a brise soleil system has been designed to filter natural light. The plastic image of the building is obtained from the use of photocatalytic cement able to leave unaltered the gloss white finish by fighting contaminants.
In order to contribute to the improvement of the urban microclimate, with a particular focus on regulating the humidity and limiting of “sealed” urban surfaces, the roof of the building (fifth face) has been set to green space. 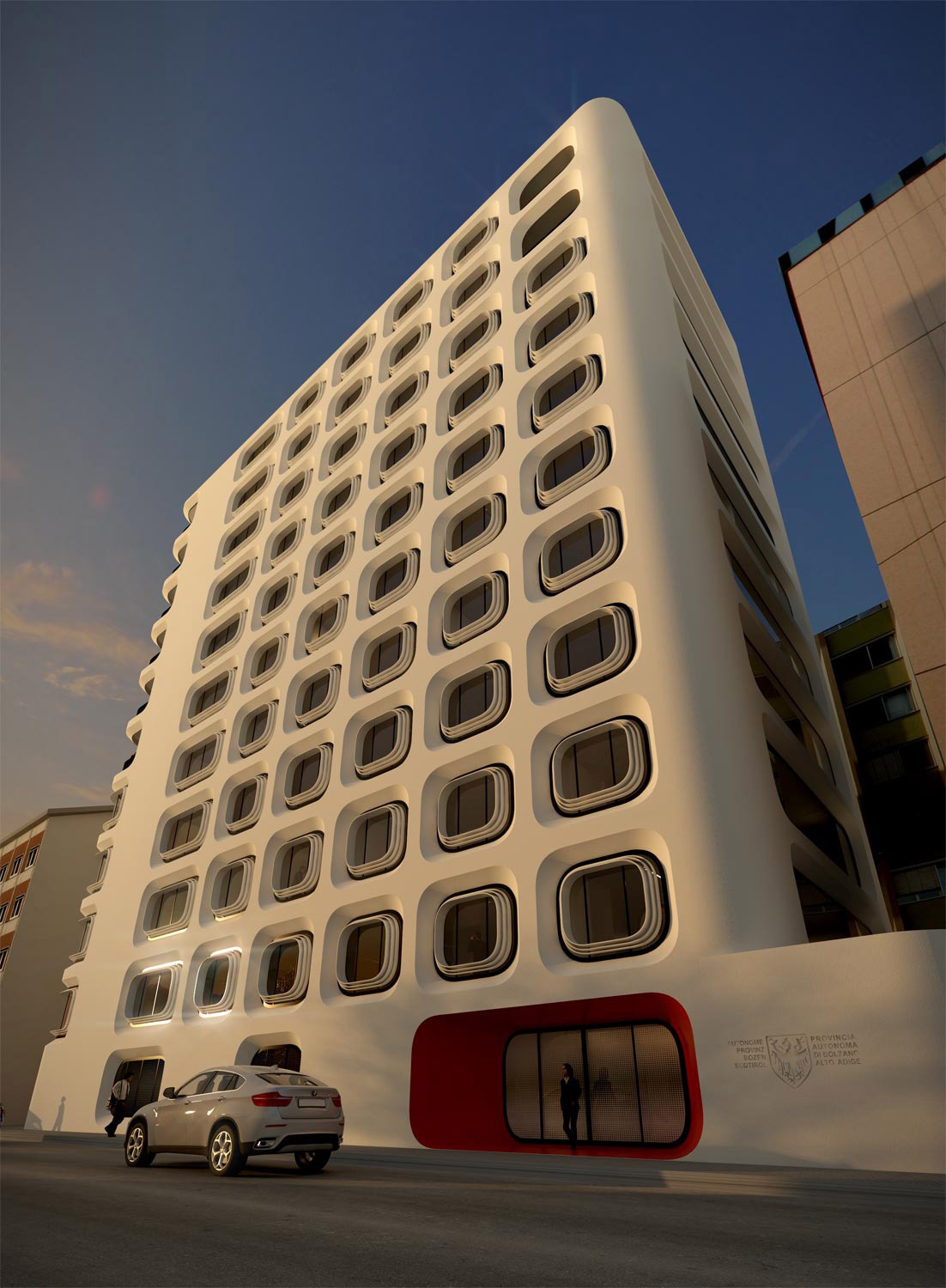 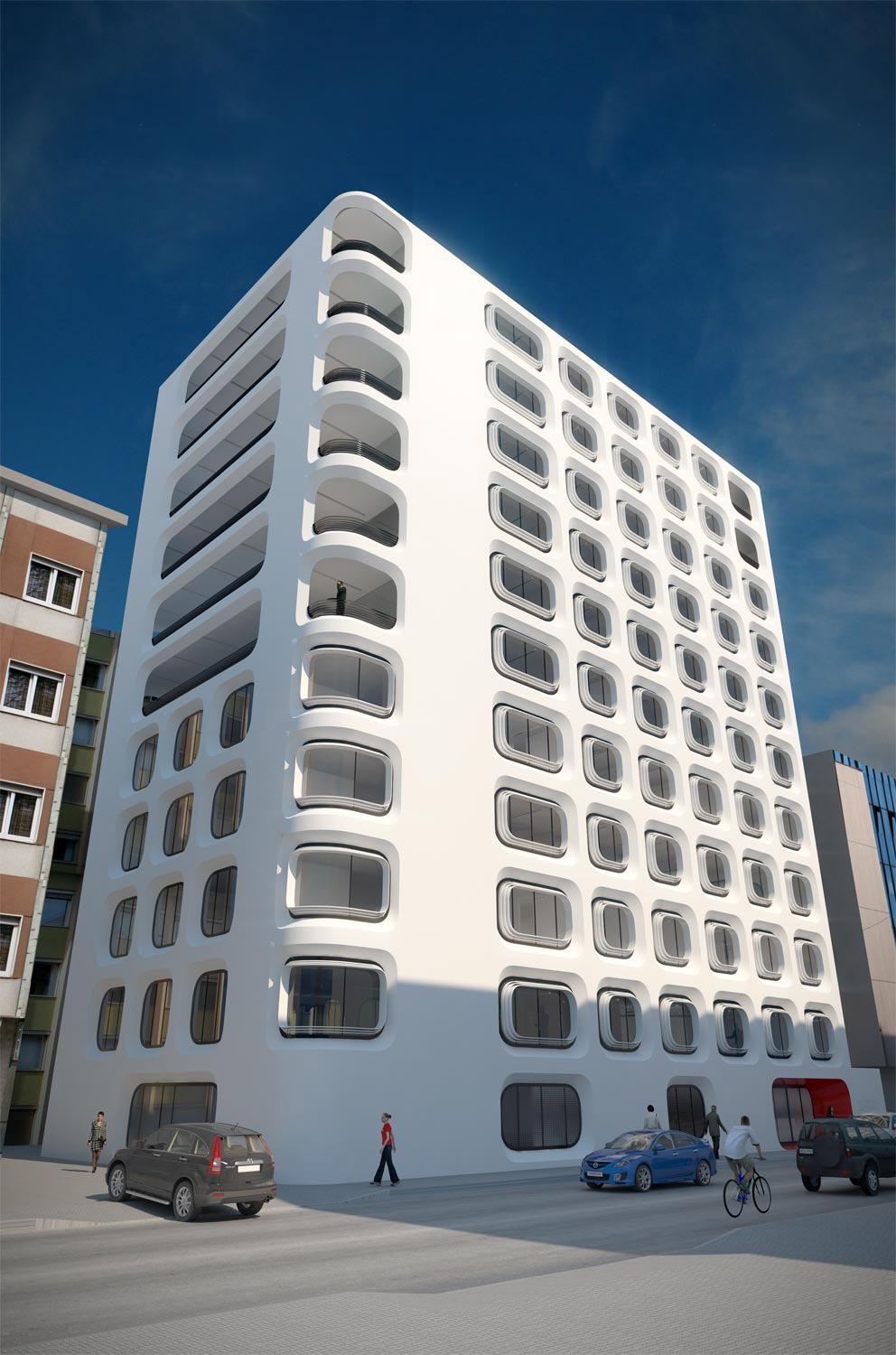 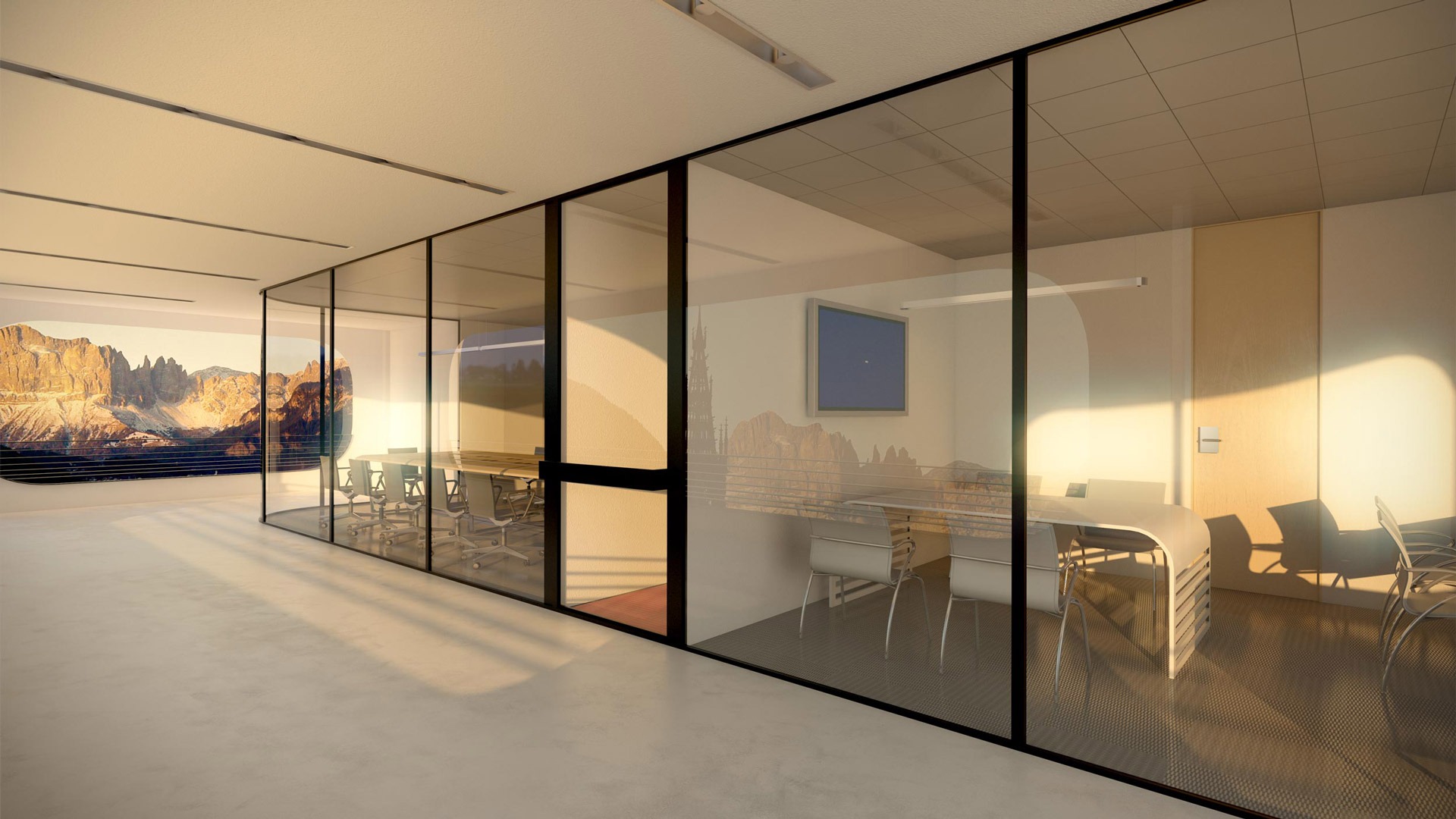 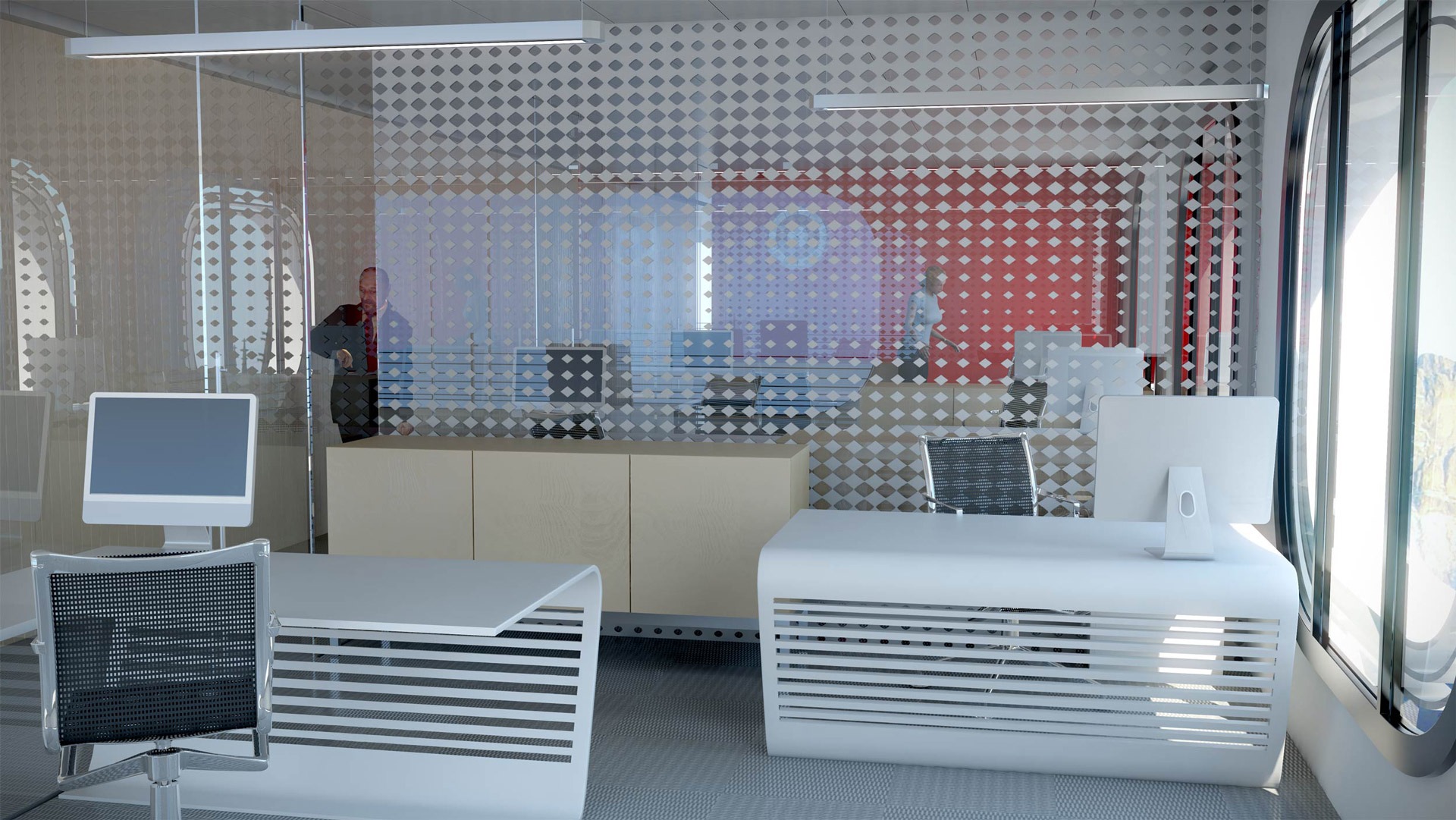 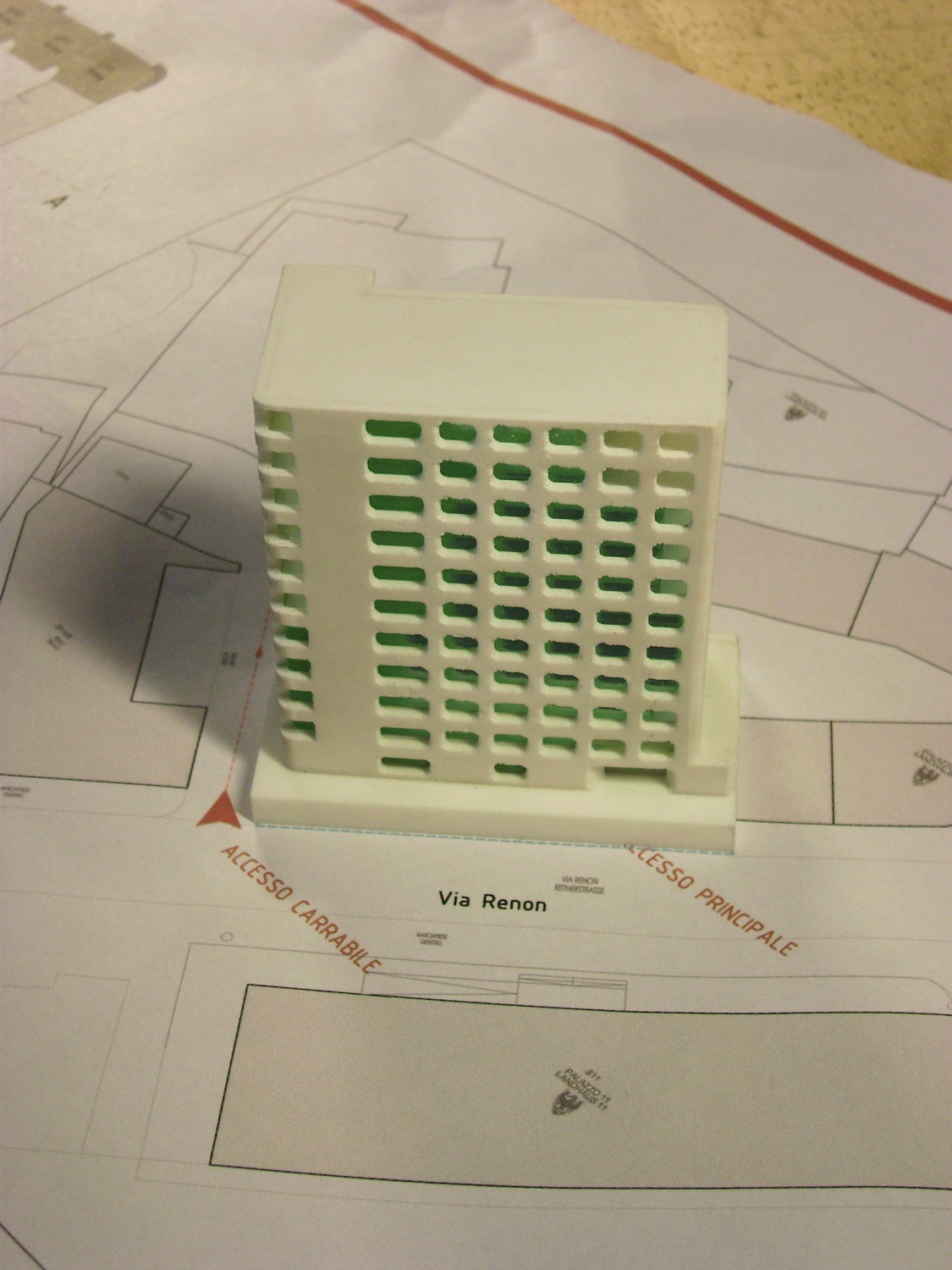