The New Square is a place characterized by the presence of monumental buildings built during the Soviet period, the right place to organize parades and demonstrations.
As required by our advisor, the goal of this project is to work as an impetus to a process of redevelopment of buildings in the center of Almaty to create new economic opportunities and give an answer to urban decay due to lack of rules in the field of urban design.
This square turns out to be strategic precisely because it is located at the top of three main roads of the city, thus,  defining it as an urban heart of the city.

Our assignment was to redevelop the main buildings of the square, which are two office buildings and two residential towers. The concept for the office buildings was to eliminate the aluminum frames and alucobond and replace them with a curtain wall system in order to create better lighting for the work space. We thought of two-story building in order to create more spaces for leisure, hospitality , culture and communication, thus, attracting more customers. In addition, the covering will feature a roof garden that will become a meeting place, especially during the summer time. The two short arms of the buildings have been characterized by a system of LCD glass to create two wall capable of transmitting images both during the day and night as well as during institutional or sporting events.
The generation of new commercial space will be a great opportunity to re-launch the mall which is located under the square but to date has little influx of people.

For the towers we have replaced all the fixtures and created a system of shading on the east- west balconies. The screen creates a new design which helps to hide the problem of unauthorized constructions made in past, because some balconies had been closed over the years and others hadn’t. In this manner, then the reading is less evident between open and closed spaces.

This project is able to revive and promote this urban space and give new impetus to a future project of redevelopment of the entire historical center of the city of Almaty. 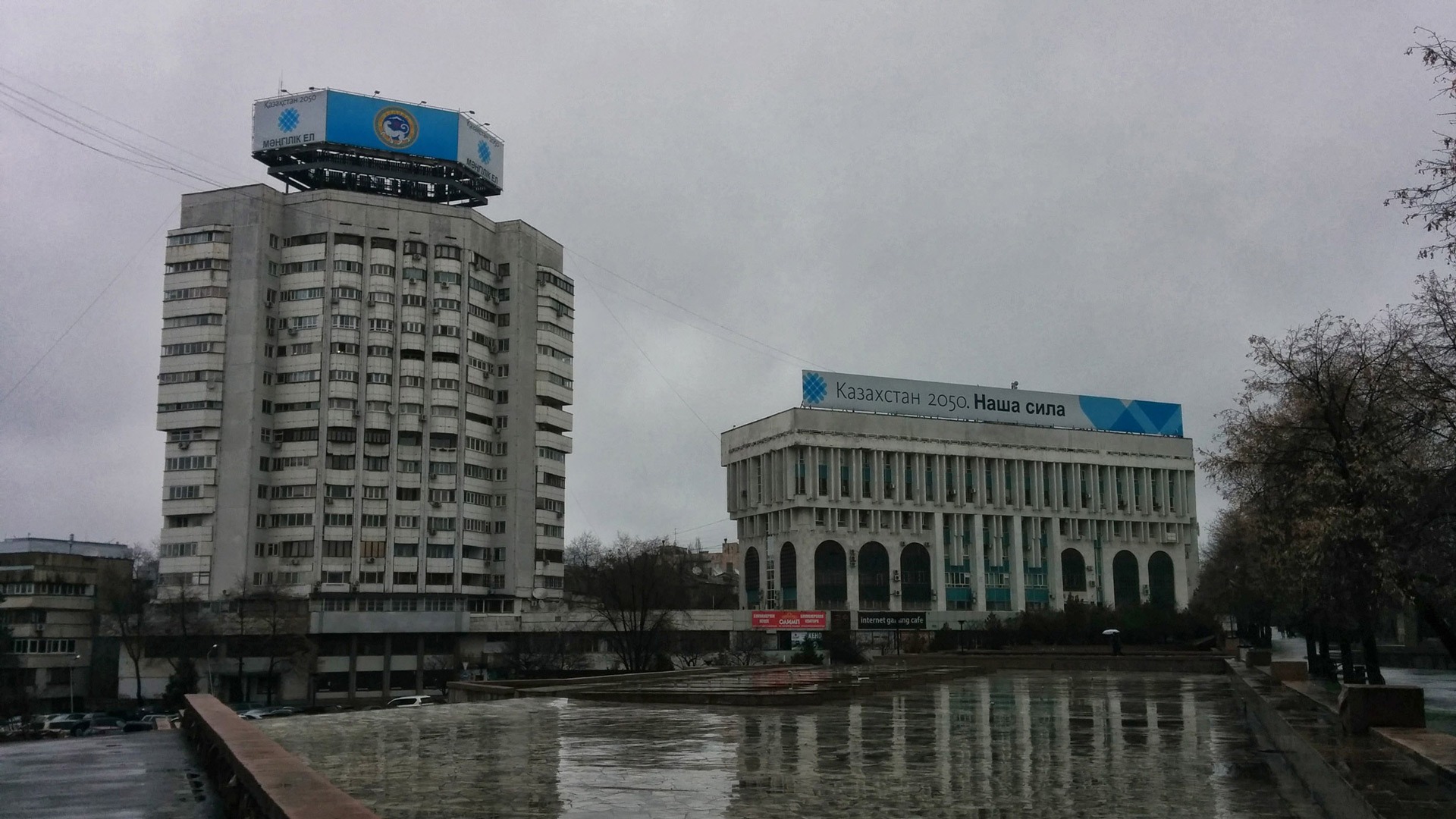 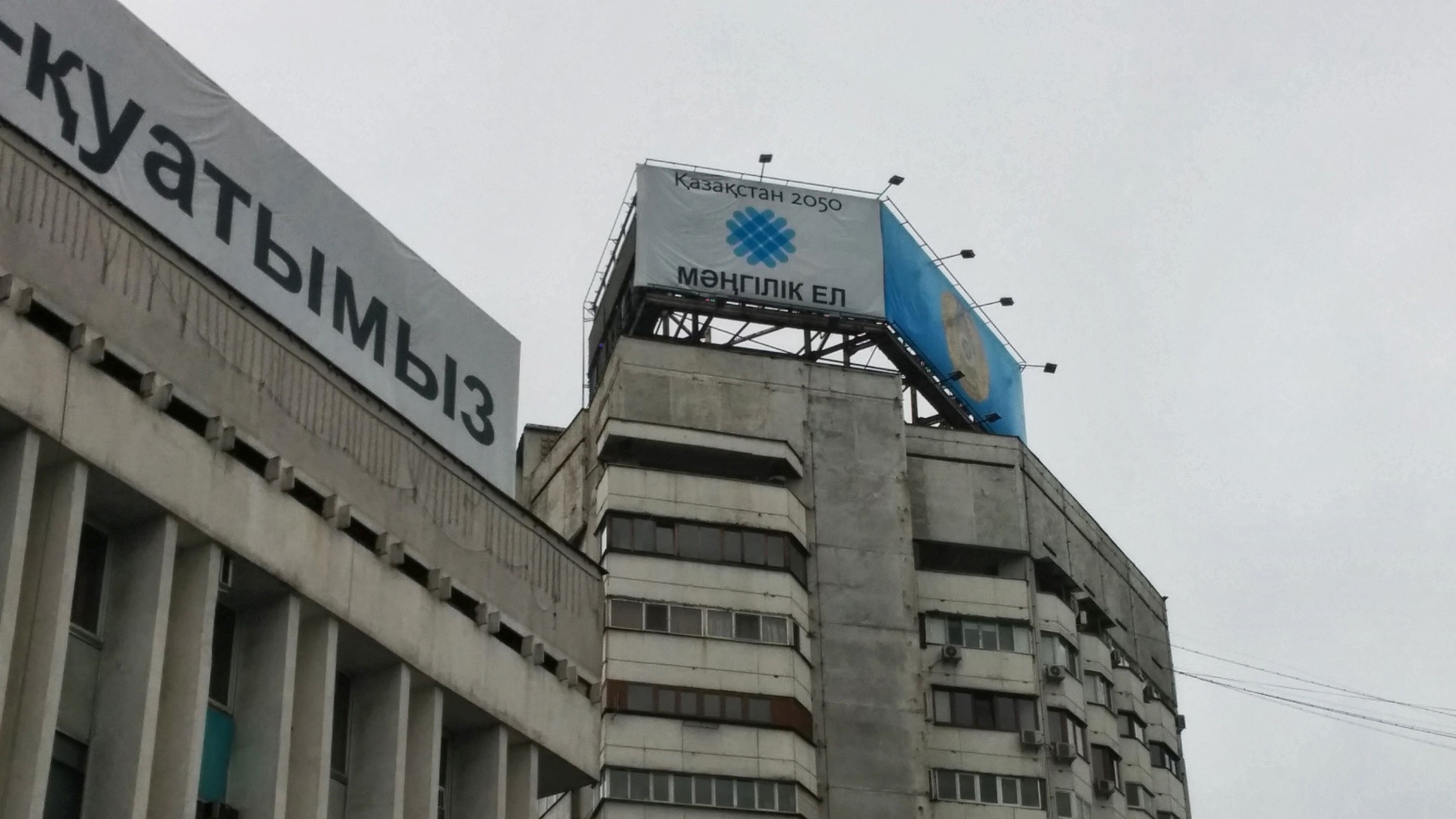 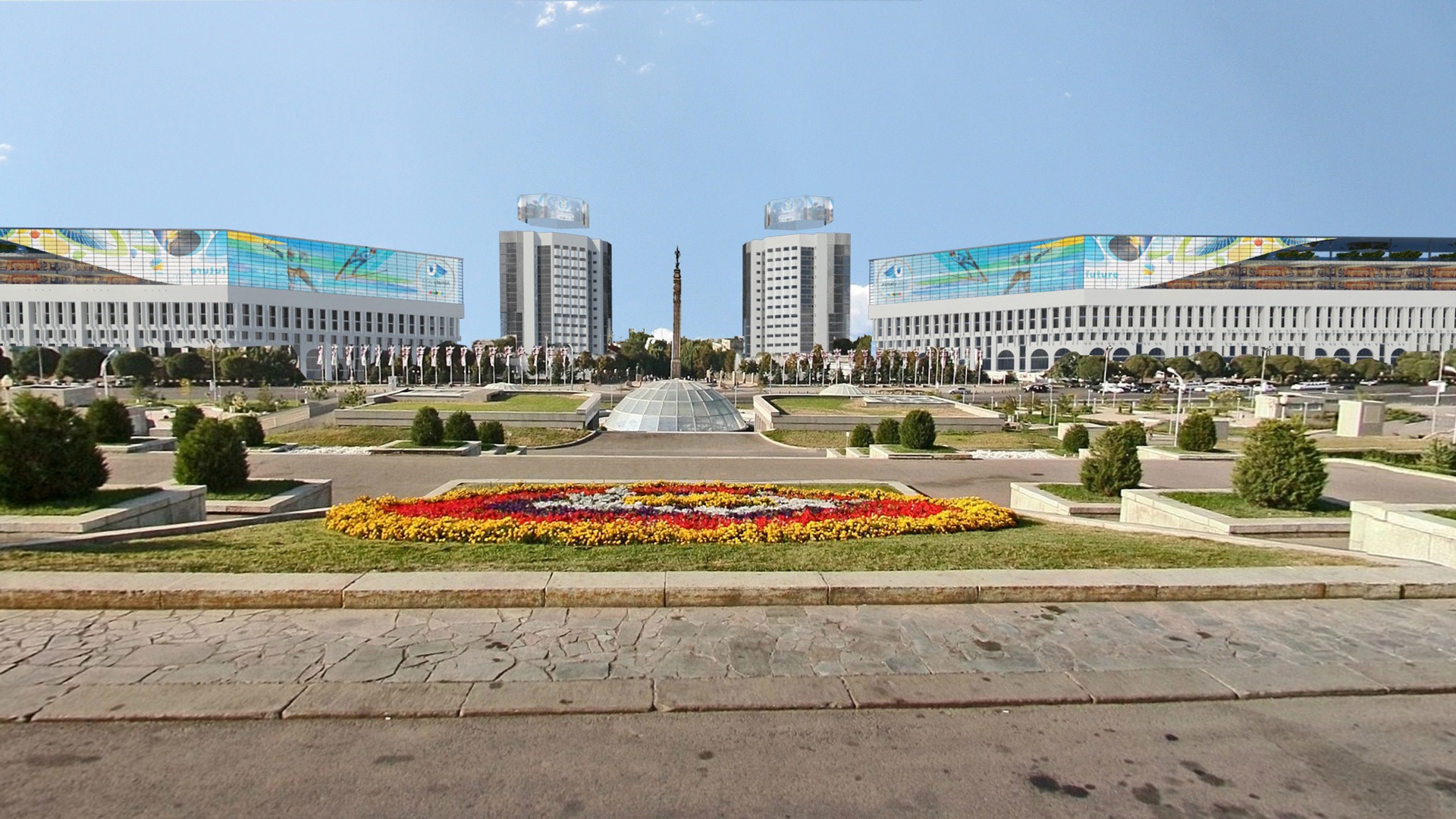 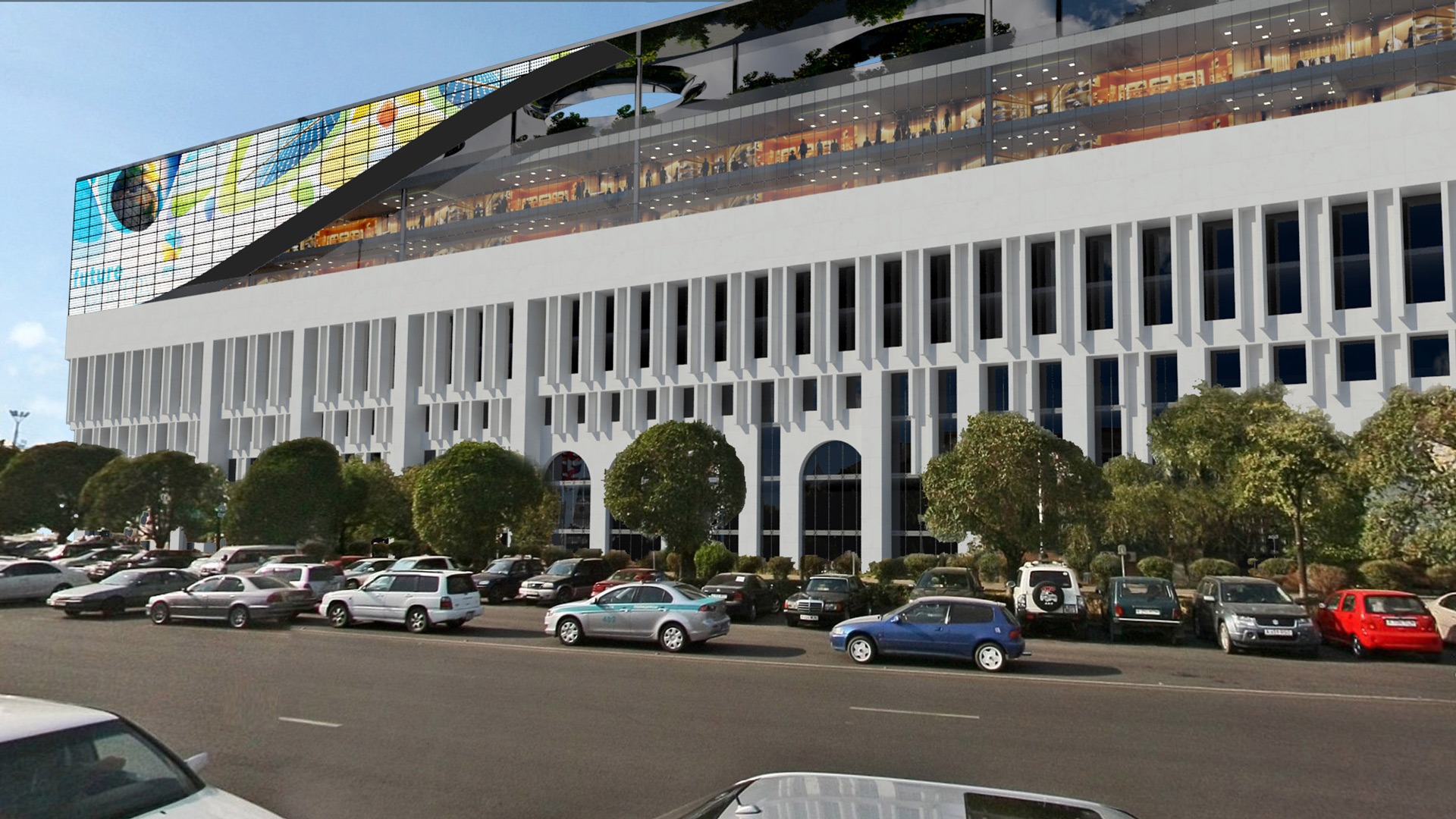 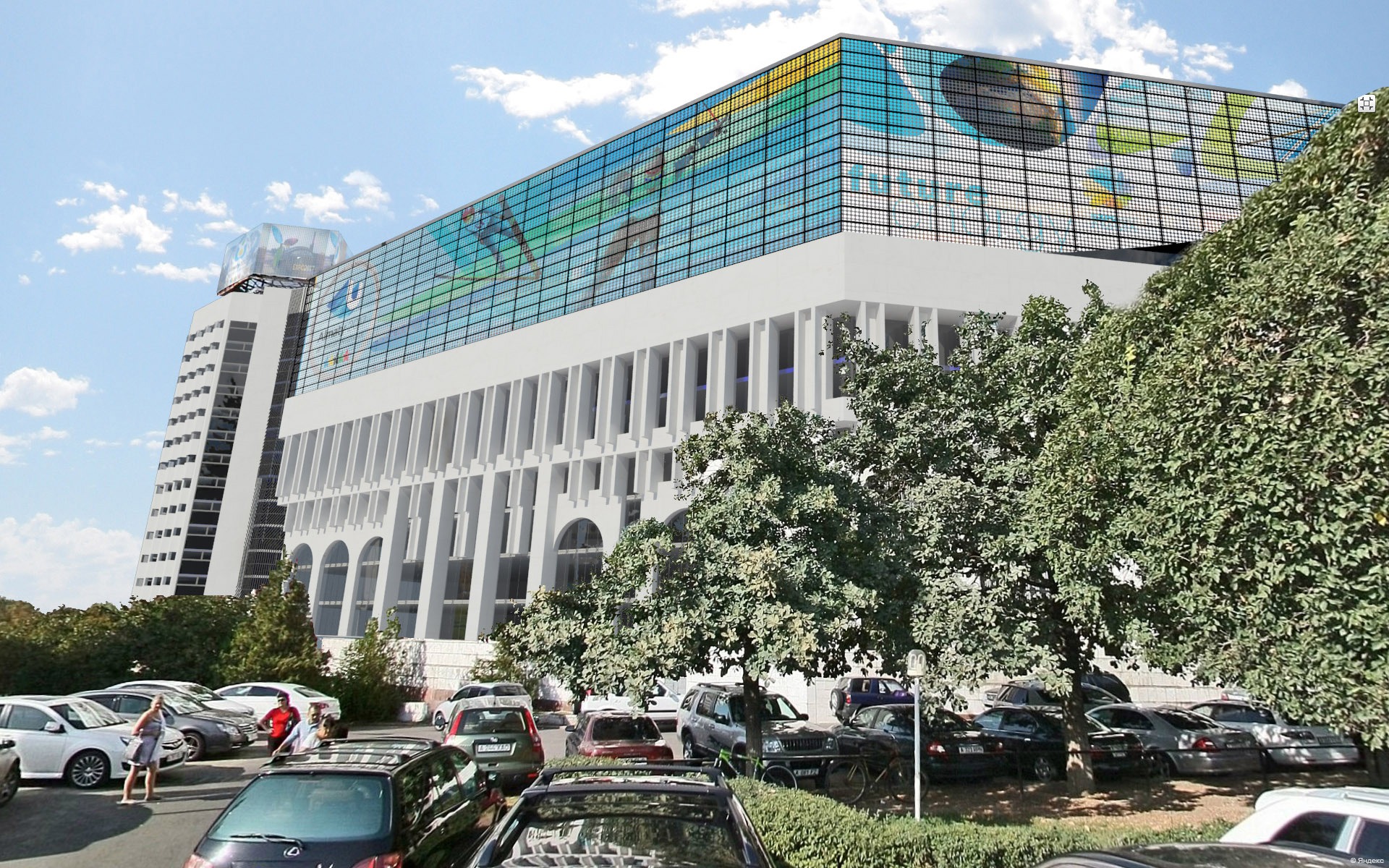